Yes, I have the flu.

Do you have the flu?

What should you do all day?

Everything hurts in my body…I decide to go downstairs, maybe eat some breakf- NOPE, NEVERMIND! Stumbling back up the stairs, my head feels fuzzy. I collapse on my bed and look around my (strangely for the first time) messy room. Let it go Emilia, you can barely stand.

RULE #1: Give yourself a break!

This is the perfect opportunity to read a book or catch up with a show/or movie. I wouldn’t recommend studying/memorizing/anything requiring a lot of brain-power (if avoidable) since your brain is engaged in fixing the problem of the sickness, and doing something serious can exhaust your brain, hence recovery will take longer. And come on, let’s be realistic here, we don’t want to do that when we’re feeling like crap.

I don’t care if you don’t want it, CHUG IT DOWN. You need to cleanse your body from the toxins and stay hydrated. I know it sucks, but if you feel like throwing up then do it. It’s better to get it over with than having the gross feeling the entire day. And of course, better out than in.

Food high in starch, like crackers and toast, are great snacks to help absorb gastric acid and relieve nausea. The fiber in an apple is also good for nausea relief, but too much fiber can make you feel worse. “Fiber slows down digestion, so it’s possible that the slowing of the intestinal transit may help ease digestion and relieve nausea,” says Erin Palinski-Wade, RD, CDE, author of Belly Fat for Dummies. Most of the time, when having the flu, you can’t even think about food. It’s best not to eat anything since your body is in cleansing mode. But once you feel hungry, plain pasta is the way to go, since it’s also high in starch.

If you are tired, then take a nap. Push your phone away. Give your eyes a rest. Maybe it’s time you read that book…

RULE #5: Get comfortable, stay warm, and be alone!

Come on, no one wants your flu. If you feel physically uncomfortable, take a quick shower, put on some pajamas, and hop in bed.

Here are some movie/short show recommendations for when you’re sick (not in order): 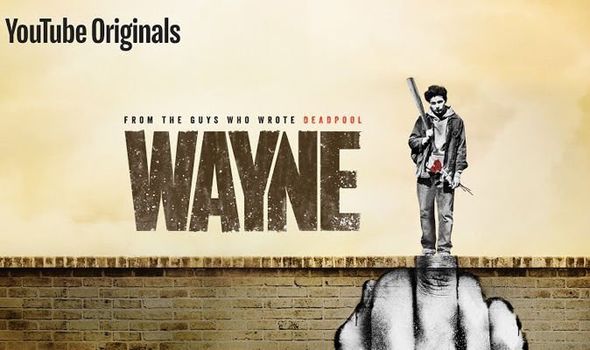 Wayne, a 16 year-old Dirty Harry with a heart of gold, sets out on a small two stroke road bike from Boston to Florida with his new friend Del to get back the shit-hot 79′ Trans-Am that was stolen from his father before he died. An action comedy, it’s John Wick via John Hughes.

I cannot explain to you how much I enjoyed this show, so short yet so gripping. You fall in love with the two main characters because they’re so heartwarming and full of life, I did NOT expect it to be that good. There is a LOT of swearing, and a LOT of blood…so if you’re sensitive to that, I wouldn’t recommend. 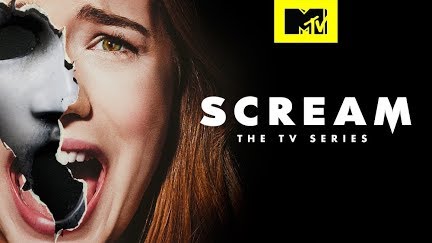 After a cyber-bullying incident results in a brutal murder, the shocking violence stirs up memories of a killing spree from the past that has haunted some, intrigued others and maybe just inspired a new killer. A group of teens – with two old friends struggling to reconnect at its heart – become lovers, enemies, suspects, targets and victims of an assassin who’s out for blood.

ohMYGOD. This show. I started it super skeptical. My sister basically forced me to watch it, I thought it would be one of those cringy highschool show where everyone dies…HAH YOU THOUGHT! I don’t want to say much about the show, I think it’s better to just watch it. I’d just say take my word for it and see for yourself. If you don’t enjoy it, that’s your problem.

A large, happy family, in which each member is approaching different milestones. Their eldest daughter, Heather (Betsy Brandt) and her husband consider having another child as they get closer to an empty nest; middle child Matt (Thomas Sadoski) thinks he has found true love; and the youngest of the three siblings, Greg (Colin Hanks) is overwhelmed after having his first child with his wife. Various perspectives are employed as each family member’s story unfolds.

This show gives me so much happiness. It’s full of relatable family/life problems, hilarious jokes, sweet moments, and lots of happiness. I remember many moments of crying from laughter, I can’t wait for the next season to come out.

4. And of course, YOUR favorite show, for me that’s FRIENDS

It is REALLY hard for me to narrow down a list of movies since I love so many…so I will be listing a couple of comedy films that would hopefully cheer you up during the flu. 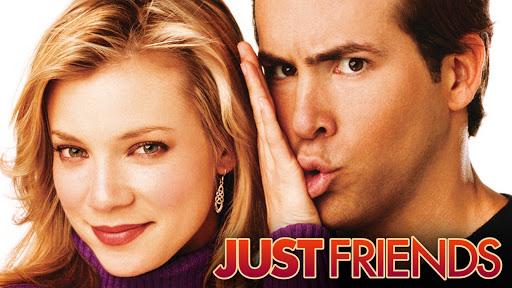 High school student Chris Brander (Ryan Reynolds) loves his best friend, Jamie Palamino (Amy Smart). He finally confesses his feelings, but she tells him that she just wants to be friends, and he leaves town in shame. Ten years later, Chris is a successful record executive and involved with self-absorbed pop star Samantha James (Anna Faris). He still pines for Jamie, though, and when his plans to go to Paris for the holidays fall through, he returns to his hometown to try and win her heart.

The comedy in this film some might find too extreme for their taste. If you like Ryan Reynolds’ comedy, I promise you’ll enjoy this movie.

When cops Schmidt (Jonah Hill) and Jenko (Channing Tatum) join the secret Jump Street unit, they use their youthful appearances to go undercover as high-school students. They trade in their guns and badges for backpacks and set out to shut down a dangerous drug ring. But, as time goes on, Schmidt and Jenko discover that high school is nothing like it was just a few years earlier — and, what’s more, they must again confront the teenage terror and anxiety they thought they had left behind.

If you haven’t yet watched this film, I highly recommend.  And if you enjoyed, there’s a sequel 22 Jump Street.